Mozomo.mobi- Designer Mobile Content offers the possibility of being able to personalize the content of our moving body. 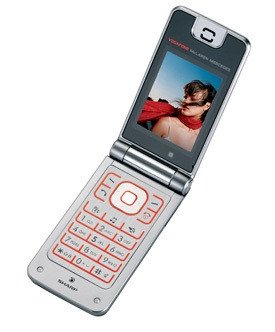 They offer the possibility ofing personalize different marks from movable telephones. For example Nokia, of Sony Ericsson, Motorola, Samsung, the moving bodies of Windows/de PocketPC and many more»¦

The truth is that at level of moving bodies I consider to Nokia the best mark. Now I have the N70 and works of per them.

Before tapeworm Motorola V3 and worked to me perfectly and in addition the design is quite interesting since he is very fine and easy and comfortable to take in the pocket. Good, when buying it to me with Orange, the first day I noticed that in my house the cover went and venia constantly and did not stay «to regulate» like any other type of telephone, since I have other moving bodies and cogian the cover without problems well. In addition, the battery was spent very quickly, which in a new terminal is very rare that it happens, since not him metia much trote (multimedia, games»¦). I called to the technical service of Orange (470) I explained to them as it was my problem and the first time (I called twice), they comment to me that it clears and it returns to put card SIM. Good, the truth not creia that outside that, with which I proved and it did not work. The second time that I called they returned to me to comment that, in addition to the solution (for me irrisoria) that was, to take to a point of sale the moving body enough so that you would resetearan it, since some terminals of factory venian defective. This is textual words of the technical service of Orange. The last option I took it as last and wanted to prove other options before having left one week without moving body.

With which it asks my friends, I watched forums»¦ etc. In the end I discovered the cause of both problems that it had: where alive I do not have cover 3G. With which the moving body tracked the network all the short while and in search of connecting to the network 3G. In addition the consumption to be in 3G enough is elevated that with a channel 2G. Solution: we go away to configuración>red>configuración>banda> and we selected 900/1800 With this we resolved the problem of the cover and the consumption of battery, since with 2G the consumption is enough minor. We will see that our moving body, connects to the band 2G or 2,5G in the case that we have. I hope that with this solution it helps you to which tengais he himself problem that I have had.